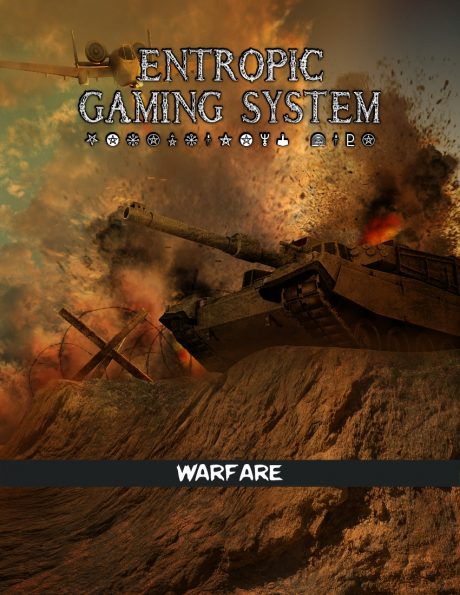 When  a simple skirmish won’t resolve the conflict, it’s time to pull out the big guns and declare WAR! Warfare is an all-crunch supplement for the Entropic Gaming System, adding a new layer to conflict resolution by detailing mechanics for various types of large-scale combat situations.

This is the 2nd edition of Warfare, fully compatible with EGS 2.0.

Warfare is a rules supplement for the Entropic Gaming System. It is not a standalone book and requires use of the System Reference Document or another standalone EGS core rulebook. Players and GMs will want to download or print the various worksheets included to help manage all those different large-scale combat situations (see DOWNLOADS below).