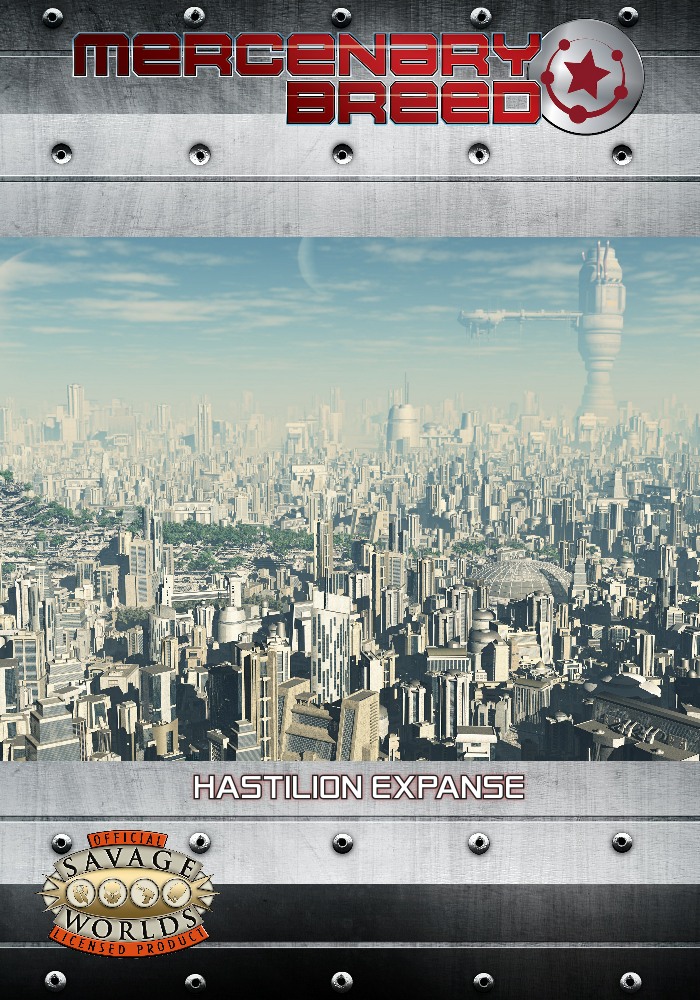 That’s right, the 300-page sci-fi campaign for Savage Worlds and Mercenary Breed, Hastilion Expanse, is now available in print. This full-color book is available in a beautiful POD hardcover along with a cost-reduced black-and-white paperback for those who don’t want to spend as much. These scenarios and campaign missions cover Novice through Heroic and possibly into Legendary.

The Hastilion Expanse is a 12-part plot point campaign, taking the characters from Novice through Legendary. It includes:

Hastilion Expanse is not a standalone product. It requires the Savage Worlds core rulebook and the Mercenary’s Handbook. GMs will also want a copy of the Xenopedia.