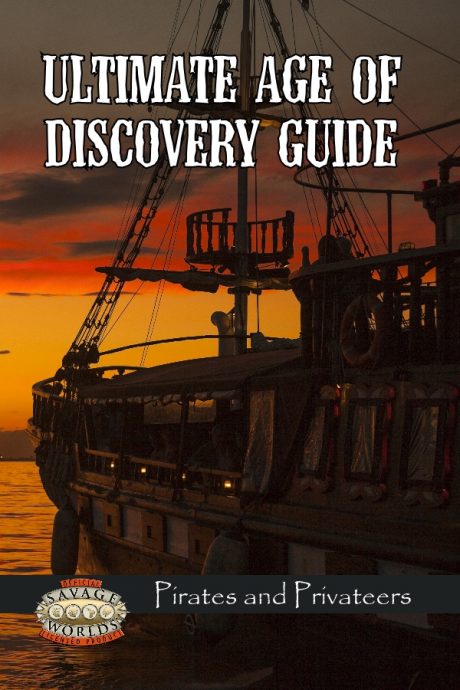 Throughout history the term privateer and pirate were as closely related as freedom fighter and rebel. That is, depending on which view one looks from, the distinction is not always apparent. This was never truer as during The Age of Sail. This period was a time of plunder and prize, heroes and villains. The rise and fall of nations could be determined by the intrepid sailors who brought back treasures from the New World or stole those same treasures as they journeyed home. Naval dominance didn’t always go to the biggest or best armed. Speed, skill, determination and grit were just as powerful a force as an extra barrage of cannon.

Welcome to the Age of Sail.

Ultimate Age of Discovery Guide: Pirates and Privateers is the latest Ultimate Guides installment from Mystical Throne Entertainment, providing loads of new content related to the Age of Sail. This isn’t just another pirate sourcebook; military historian Christopher J.N. Banks takes you on a trek through the historical Age of Sail for characters that assume the role of naval crew, pirates, and privateers.

This revised edition contains expanded content and a new layout.