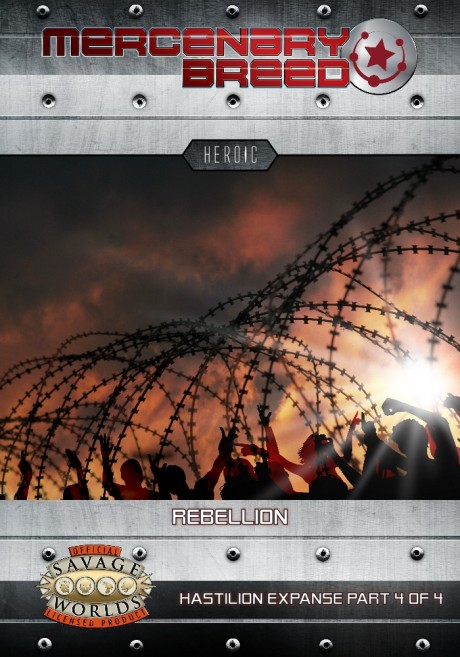 Rebellion presents the Heroic portion of the Hastilion Expanse campaign for Mercenary Breed Savage Worlds or it can be used as a collection of adventures for any sci-fi setting. While parts of it were originally published in Savage Insider Premium and the Hastilion Expanse Compendiums, this new campaign book updates that content to Mercenary Breed 2.0 and expands on it.

Rebellion is not a standalone product. It requires the Mercenary’s Handbook and the Savage Worlds core rulebook. GMs may want the Galaxy Guide and Xenopedia to get the full feel of the Hastilion Expanse campaign along with the Drake Mining and Manufacturing setting primer for a gazetteer of the Expanse and Lord Leohn for all Novice-ranked plot points, Mastermind for all Seasoned-ranked plot points, and Infiltration for all Veteran-ranked plot points.