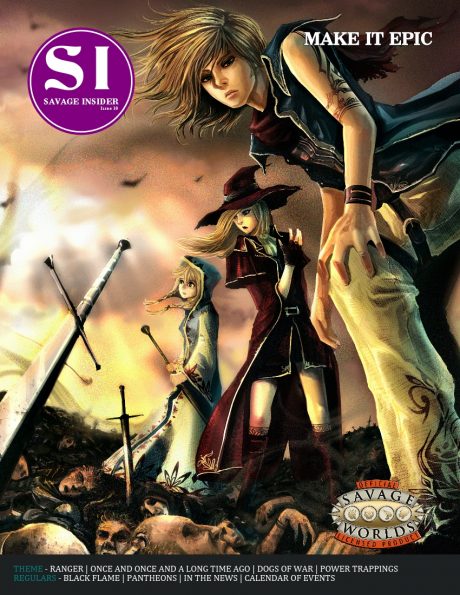 Fantasy; the world’s most popular genre. Warriors clash, wizards blast with arcane powers, and rogues sneak behind to stab in the back or steal what they can. This is where tabletop role-playing began, and this is where Savage Insider brings it back to. In the latest issue of Savage Insider, we bring to you the epic-nature of fantasy in Make it Epic.

Savage Insider #10: Make it Epic is all about fantasy! This issue brings many aspects of the fantasy genre from adventures that cross forests, filled with random encounters (the Great Adventure, Once and Once and a Long Time Ago), to investigating the goings-on within a city (in the latest Surveyed article), and into the depths of a large crypt (the Random Encounter, Dogs of War). Grab your swords and staves and prepare to defend your realm!

Be the first to review “Savage Insider Issue #10: Make it Epic” Cancel reply