View Cart “Entropic Heroes: Fantasy [PDF]” has been added to your cart. 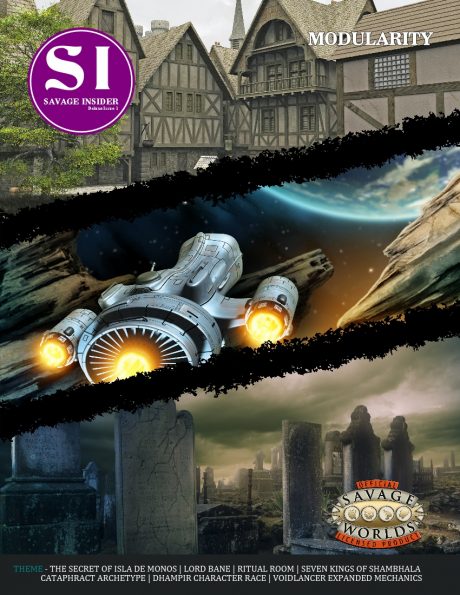 Savage Insider Premium contained a wealth of Savage Worlds content spanning the genres with much of it useful across multiple settings. During the course of publishing the five issues, a lot of content was extracted and released as standalone products for specific settings, such as Mercenary Breed and Faith & Demons: The Rising. This resulted in a lot of duplicated content.

Savage Insider Deluxe Issue #1: Modularity contains a wealth of content covering fantasy, sci-fi, and horror. The modular design of Savage Worlds means you can add new mechanics, ignore existing ones, or modify ones to your liking without breaking the system. We embrace this concept in all of our Savage Insider releases and especially exploit that herein.