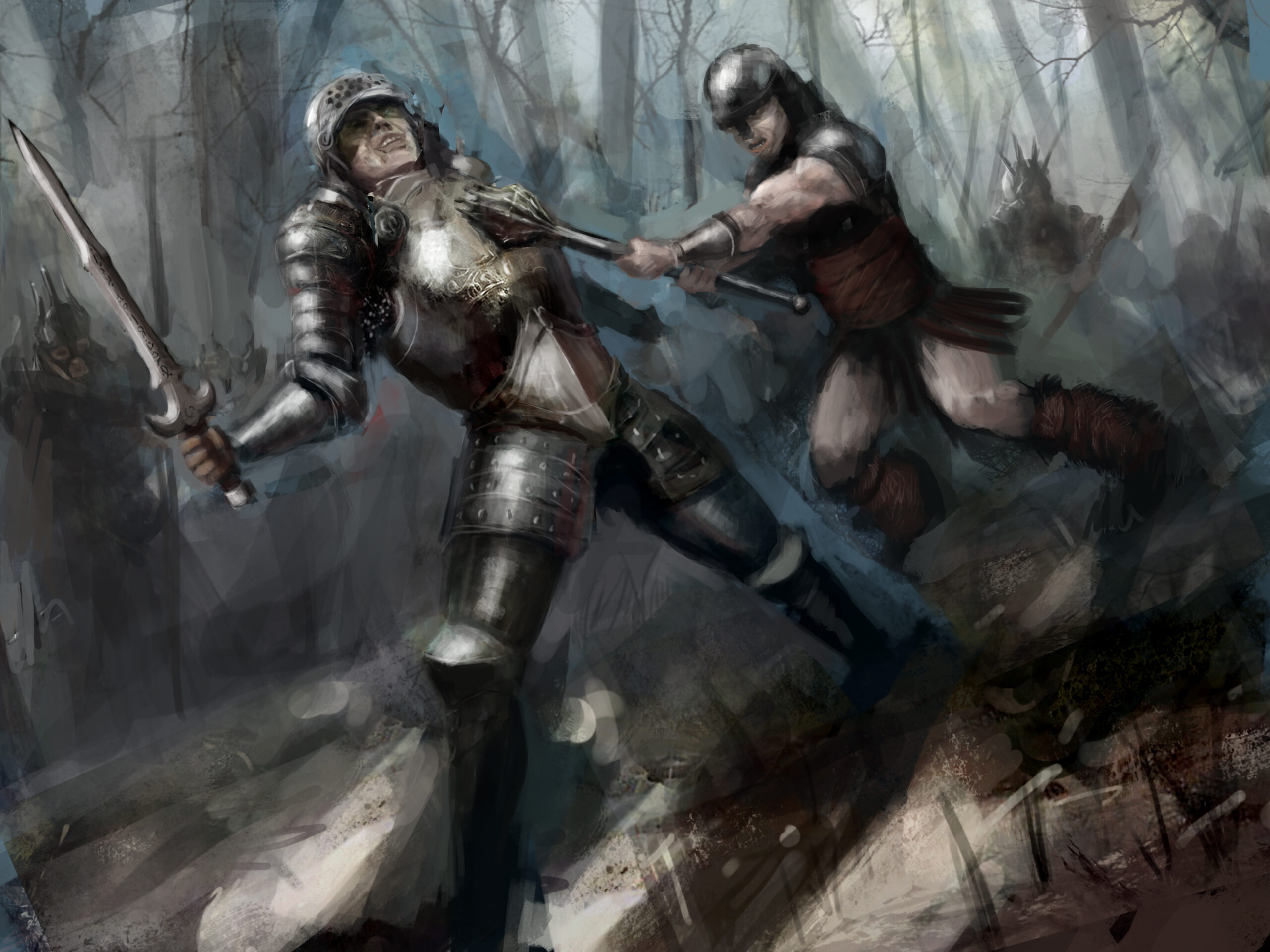 Game Design: If You Want to Do It… Then Do It

I’ve been thinking a lot lately about game design and want to share those thoughts with our fans.

The other day, the question was posed in the Savage Worlds Facebook Group of what are the mechanics for knocking someone out. My first instinct, although I didn’t respond, was “Why do you need a mechanic to do it?” That got me thinking a bit about the design method of the Entropic Gaming System.

So how does this correlate to “What are the mechanics for knocking someone out?” EGS has a simple yet powerful mechanic within combat called “Combat Maneuvers”. The player wishing to perform the combat maneuver declares what the maneuver is, chooses an ability, chooses a skill to combine with the ability, grabs the dice, and makes the roll. If the target can defend or outmaneuver, the process is repeated and the roll is opposed. That’s it; you don’t need a mechanic for each combat maneuver type. You simply declare your intent, choose an applicable ability and skill, and roll the dice. You don’t deal damage because combat maneuvers are non-attack combat actions. The GM will obviously referee the choice and make sure the chosen ability and skill are applicable, but that’s it. If the roll is successful, the character does what he or she set out to do.

The player says… “I want to knock this cultist out by punching him really hard in the face using Strength plus Athletics.” This would be perfect if the character was a fighter or bruiser type. If he instead wanted to perform some type of martial arts move that hits the cultist in just the right spot, he would probably use Dexterity plus Athletics instead.

Both examples are appropriate uses of the Ability + Skill and both result in the same outcome. However, you don’t need a new mechanic to do it; you just do it. Make the mechanics work for you; don’t be limited by what the mechanics allow.

There is one major drawback to this type of game design… players that don’t think in these terms of flexibility or don’t want to make those decisions will likely be put-off by EGS. These are the types of players that need well-defined mechanics that tell them exactly what they can do and how to do it. They only work within the confines of the mechanics and look for supplemental material to tell them what they can do that isn’t contained within the core rulebook. For these players, EGS is not for them. EGS is for those who enjoy the flexibility; those who want to do what they want, when they want without allowing the mechanics to get in the way.

Personally, I find that the older I get, the fewer mechanics I wish to deal with. I prefer the flexibility of rules-light and rules-medium games. However, in certain situations, primarily horror games, I still enjoy a crunch-heavy game. With horror games (like Colonial Gothic and Dark Streets), more crunch can really set the PCs apart from each other, making the game that much more dangerous!