SHAKOPEE, MN December 29, 2014 – A group of independent tabletop RPG publishers have formed a strategic alliance called the Game Publishers’ Guild to extend their reach into the industry. 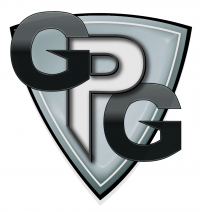 “This is a great opportunity for print-on-demand publishers to further their reach throughout the industry when the cost of doing so is prohibitive,” said founding member Aaron T. Huss. “Additionally, by opening up the Guild to global membership, members can gain representation at conventions and expos and possibly retailers in countries where they normally wouldn’t have representation.”

Peter Cakebread, the publisher of the award winning Abney Park’s Airship Pirates RPG, agreed, “this is a great opportunity to get involved in a new and exciting project, to bring our games to a wider audience, and to co-work with a group of very talented industry professionals.”

“With the shifting winds of the hobby game industry, a joint venture just makes the most sense,” said Richard Iorio II, president of Rogue Games, Inc. “Ten years ago a partnership like this would be hard to pull off, but now the time is right. This type of partnering with like-minded companies gives us the advantage of being able to tap the expertise of all who are involved.”

“Arcanum Syndicate is proud to be involved with a talented group of artists, writers, editors and designers who are passionate about the industry. This is an excellent opportunity to ally with others and inspire one another with great products,” offered Rogue, author of Chaos 6010 AD.

With a well-defined Business Plan and agreed upon services for the benefit of all, the Game Publishers’ Guild aims to increase industry awareness for all its members, define a level of product quality for participating publishers, allow members to work cooperatively on projects, keep an open line of communication between members, and form strategic partnerships for key functions.

Independent publishers with print-on-demand models are free to contact any member of the Guild to inquire about joining. New members will be evaluated on the quality of the products they provide and their ability to work with the other members of the Guild.

The Game Publishers’ Guild website and social networking outlets will be launched during the first half of 2015.