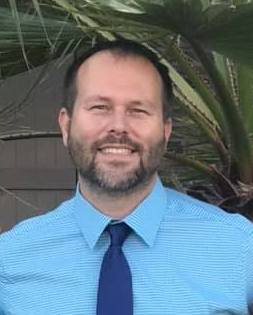 Mystical Throne Entertainment is the developing and publishing outlet for freelancer Aaron T. Huss; Editor-in-Chief of Roleplayers Chronicle, former Editor-in-Chief of Savage Insider, and charter member of the Game Publishers’ Guild. Our mission statement is quite simple: Bringing new worlds to your tabletop!

What does that mean? That means that at anytime, you can peruse one of our websites and find something new to bring to your tabletop for a wonderful, new gaming experience.

We aim to enhance your tabletop gaming experience by publishing material that works with or within the products you enjoy. This includes new settings and campaign locations for licensed systems, valuable supplements, tools to make your games more dynamic, and much more! We strive to present you with only high-quality products.

© 2011 – 2022 Mystical Throne Entertainment, all rights reserved, owns and operates Roleplayers Chronicle. Check-out all our websites and social outlets by using the Our Websites links and find something new today.

About our Current Settings

Five Points is a Cthulhu Mythos campaign setting for Dark Streets, from Cakebread & Walton. It launches the game ahead a century and places it within the most fearsome location in the New World – Five Points, New York City during the Antebellum Period around the mid-1900s.

Little Heroes is a family storytelling game set in a fantasy land. Players assume the role of one of several faery folk or one of the intelligent woodland creatures that call the forest home. The game is meant to explore the imagination of children, with some adult guidance, while traversing a land that is much bigger than the faeries that call it home.

Portsmouth 1745 is a fantasy horror campaign for Colonial Gothic, from Rogue Games. It is placed in the earlier decades of the game, centered on Portsmouth, New Hampshire starting in the year 1745.

Shadowed Earth is a fantasy horror alternate history that encompasses all of Earth’s history, from the dawn of time to the near future. It is featured within our role-playing games and fiction, depicting a world where mythology, folklore, and legend are made real alongside elements of gothic horror, cosmic horror, and fantasy horror. It includes the following settings…

Beyond the Firelight
Beyond the Firelight is a storytelling game of folkloric horror prominently set during the Age of Discovery. Players take on the role of common folk trying to survive the deathly grip of a supernatural being. The storyline is framed by the Scenario, but the narrative is at the whims of the players, with no Game Master getting in the way.

Faith & Demons: The Rising
Faith & Demons: The Rising is set during the latter decades of the Dark Ages (the Early Middle Ages), during the events leading up to The Fall. These Dark Ages are heavily influenced by mythology, folklore, and legend combined with the fantasy horror canon of Shadowed Earth. Player characters take on the roles of brave warriors fighting the Armies of Chaos and those that support them.

The Fallen
The Fallen is set throughout all of the Common Era as members of The Fallen take on the biggest threats to humanity, even those the Inquisition could never handle alone. Player characters take on the roles of supernatural beings who fight against the worst of Shadowed Earth’s horrors while protecting themselves from the prying eyes of humankind.

Judgment Day
Judgment Day is set during the Civil War Era and Gilded Age leading up to an event known as the Second Coming of the Occult (but also playable within the Crusades, Atomic Age, and Information Age). It entails the supernatural hunting stories of the Inquisition and their fight against the supernatural. Player characters take on the roles of inquisitors and members of the inquisitor’s retinue (or something equivalent) hunting the supernatural horrors and supporters that plague the world.

About our Legacy Settings

Ancient World is a dark fantasy world, set on the planet Dhuran. The Known Lands are vast, but civilization is scattered about; the lands are simply too dangerous for remote towns and villages to survive. These civilizations comprise the player character races: dark elves, dwarves, gray elves, halflings, and humans.

Mercenary Breed is a sci-fi sandbox RPG setting that embraces all types of sci-fi game play. It’s as much a series of toolkits and options as it is an actual setting, and is supported by a 100% original sci-fi bestiary called the Xenopedia.

Mythos is the Intellectual Property of Gilbert Gallo, a freelancer and member of White Rabbit Studios in Italy. It features the heroic tales of characters within mythological Greece, a combination of historical and religious beliefs.