View Cart “Savage Insider Issue #10: Make it Epic [PDF]” has been added to your cart. 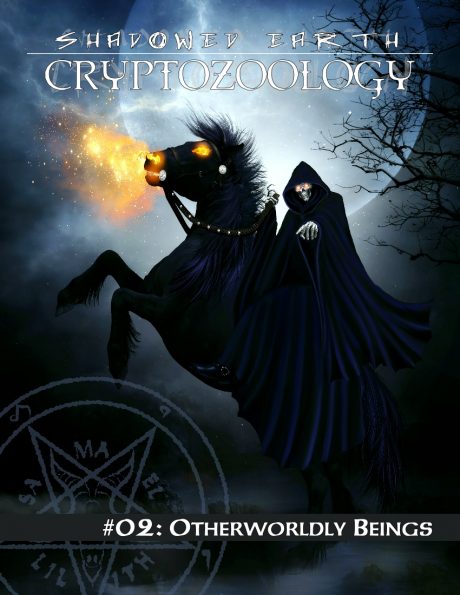 We at the Inquisition like to think we know as much as humanly possible about the supernatural world that surrounds us every day. Unfortunately, that’s not only a daunting task, it’s almost impossible. We discover new chaotic beings often, new otherworldly beings summoned to Earth, and the remnants of non-human societies. It is with great displeasure that I concede to the overwhelming magnitude of the supernatural world and must admit that even the Inquisition remains partially naïve.

The Cryptozoology is a culmination of facts, theories, and speculations as researched and documented by the Inquisition. Each publication contains a collection of adversaries for use across all Shadowed Earth settings, and any fantasy horror or urban fantasy setting. Cryptozoology #02: Otherworldly Beings presents a collection of bizarre and weird beings of urban legends.

Cryptozoology #02: Otherworldly Beings now includes the following How to Use guides that include stat blocks for use with these games: